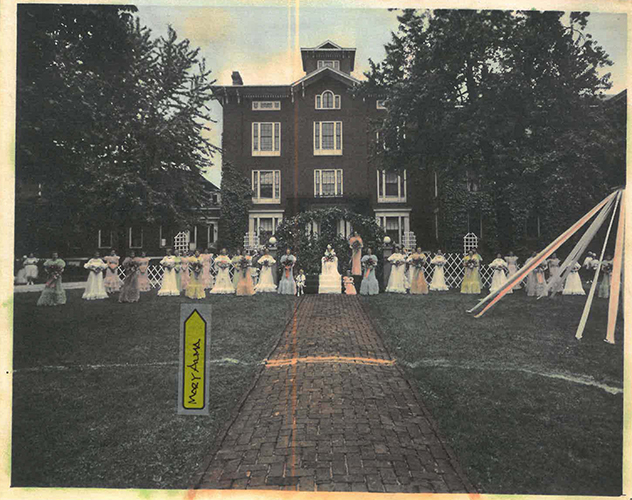 When Bill and Eva-Marie Morrish returned a pair of gloves to a friend, they included a note that happened to be on note paper from Sayre School. That little note, from a pad shared with her parents from Upper School faculty member Bettina Morrish, triggered an immediate response from the gloves owner Margaret Scarborough.

Margaret’s mother spoke to her of the school she and her sister attended in the 1920s and 1930s. According to Margaret, “These Kentucky stories my mother told always sounded so foreign to me, and a trifle exotic, so you can see why that sheet of note paper your parents sent meant a lot.”

“Among the Sayre stories she told was when she was a student, after “lights out” she and a few girls would hide in the closet and play bridge – where no wandering supervisor might see the light! She loved her piano and voice lessons – and was the top math student at the school(or so she said J), but that’s possible since, during the war, she worked as an accountant and book keeper in Miami, Florida.” 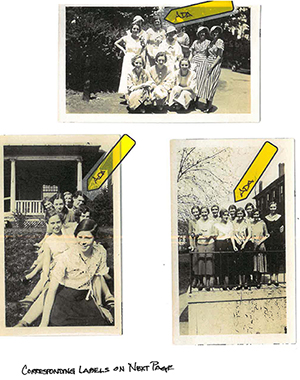 Family legend suggested Ada eloped during her senior year, “much to her parents distress”, and never graduated. Later in life, in the 1960s and possible ‘70s, “she faithfully made donations to the school.”

With a bit of research it was discovered that, in fact, Ada is listed in the graduating class of 1933 as Ada Wheat Buskie. So, it appears she re-entered Sayre as a married student. Younger sister Mary Alma graduated in 1935. Photos provided to Margaret clearly show both Ada and Mary Alma had many friends and were active in social/club activities. Mary Alma is captured in a whimsical photo of the May Day celebration in 1935 in a yellow pastel gown inside the Front Circle.

Sayre’s rich history is alive today more than ever as we reflect on those who have come before, making this day possible.