<Back to News
Sayre School is Deeply Saddened by the Passing of Mrs. Marylou Whitney

Sayre School is deeply saddened by the passing of Mrs. Marylou Whitney at her home in Saratoga Springs, New York. Mrs. Whitney’s vision of Sayre’s future came at a critical time in the school’s history as the high school division was reintroduced.

Mrs. Whitney served with distinction on Sayre’s Board of Trustees in the 1960’s and was instrumental in the launch of Sayre’s New Era which began the transformation of the decades old campus. Along with her husband C.V. (Sonny) Whitney, Mrs. Whitney is responsible for the construction of the gymnasium and the Marylou Whitney Lower School in 1972.

In William T. William’s All Rise: A History of Sayre School 1854 – 1990, C.V. and Marylou Whitney were said to be the “catalyst of the New Era Campaign.” Beyond her indelible impact on Sayre, her graciousness and philanthropy were felt in many facets of the racing, arts and health care communities in Kentucky and New York.

Mrs. Whitney is survived by her husband, John Hendrickson, and five children, Mary Louise, Frank, Henry, Heather and Cornelia. C.V. Whitney preceded her in death in 1992. Daughter Heather was a member of Sayre’s class of 1973. 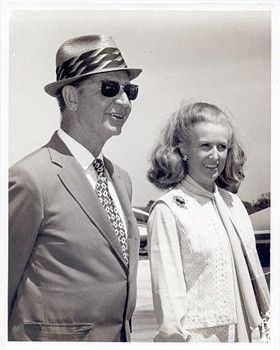